Pope Benedict XVI is going to visit San Marino, the oldest Republic in The World on 19th June

Pope Benedict XVI will be in San Marino on 19th June. It will be an official visit; for the first time the Roman Pope will be waited for in this ancient Republic.

In 1982 Johannes Paul II had flown by helicopter from the Vatican State to San Marino to pay a short visit to this Indipendent Republic lying between Emilia-Romagna and Marche, just a few kilometres from Rimini and the Adriatic Coast.

San Marino is considered the oldest Republic in the World – it was founded over 1.700 years ago – and is one of the smallest Countries in Europe, along with Luxembourg, Andorra, Liechtenstein, Monaco, and the Vatican State.

Next Sunday, Benedict XVI is going to land at Torraccia’s heliport at 9.15 a.m.

In the afternoon, He is going to be received by the Capitani Reggenti, the two Heads of this little State (about 30 thousand inhabitants). Strange enough, in San Marino there are two Head Chiefs,

who are elected for a period of only six months, the shortest political term in the World.

The Pope’s visit will end at 9 p.m., after a call in Pennabilli, a little town near San Marino, where he has arranged to meet some boys and girls of the area. 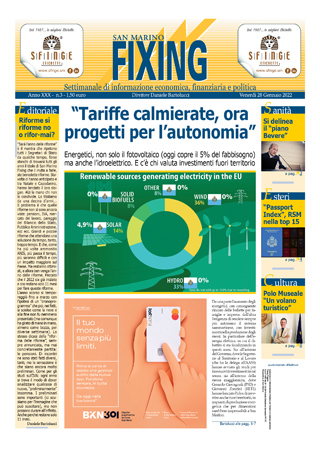